In early 1995, Tesco announced that they were about to launch the first online wine-ordering system in the UK via CompuServe. Sainsbury's asked Limitless to build them an online ordering system on the web in two weeks to beat Tesco to launch, a task which Limitless achieved.

Limitless wrote the software that managed the shopping cart in a combination of Unix scripting languages and C.

Paola prepared the site graphics which involved scanning all the many wine labels. The text entry, HTML and other coding work were split amongst the four members of Limitless.

Wine Direct's ease-of-use and reliability were key features that contributed to the service's success, and it was widely reported and imitated.

Wine Direct entrance after a redesign 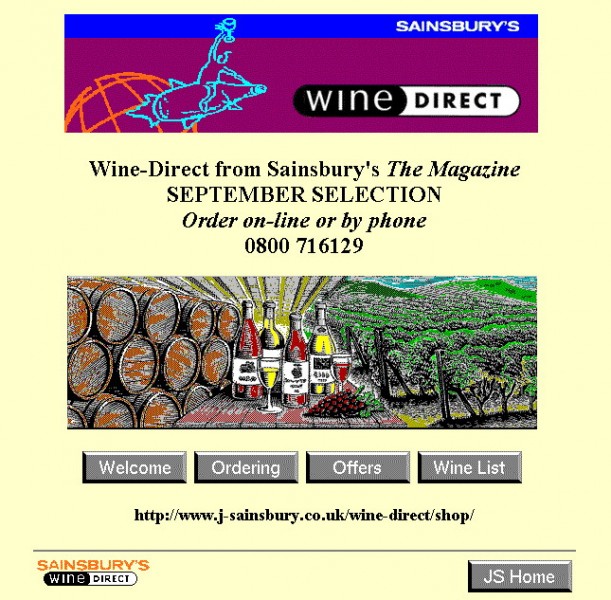