Document ideas for BB&R Wedding Registry service based on a competitor review.

Limitless hired Paola and Frank's company to do some work for their long-term client, Berry Bros. & Rudd.

We developed ideas for new functionality for the award-winning Berry Bros. & Rudd (BBR) web site for Limitless, the site's developers.

Starting with one of BBR's own ideas, Paola researched online and offline examples of the service. She then collated the ideas for the general approach, information architecture and functionality in a ten-page report.

Paola did further research on online wedding registry services and wrote a document describing how such a service could work on the BBR site in terms of features, functionality and content.

This work resulted in the launch of the Berry Bros. & Rudd Wedding List Service.

First page of the delivered document 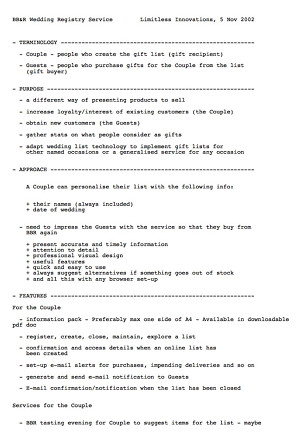 Limitless have worked with BBR since 1995; we helped to develop the original generated web site and ran a requirements meeting in 1998 when they wanted to reorganise the web site. www.bbr.com has won the title of Best Web Site two years running at the International Wine Challenge.

Turnover from the profitable web site has increased from £0.5 million to £3 million in three years. Whilst the cost of running the web site has also increased, the rate has been relatively slower, allowing a greater return on investment. 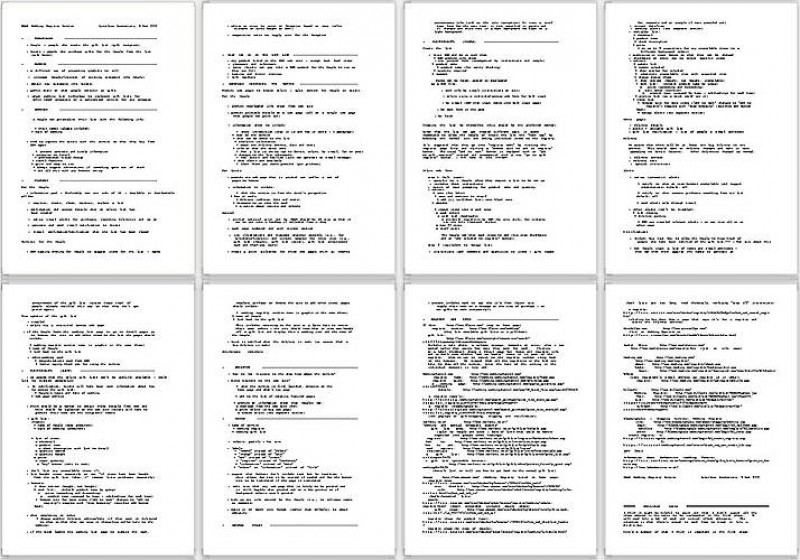