Design, build and document a system to manage restrictions on office computer games.

As a Junior C Programmer, I was asked by the System Administrator to write a tool to help him restrict employees from playing games on the company's Unix operating system all day.

The resulting program lets admins maintain a database of records which indicate when peope are restricted from playing games on the computer.

There were three types of restriction:

I wrote the initial specification at the start of the project and the user manual for the administrator at the end. 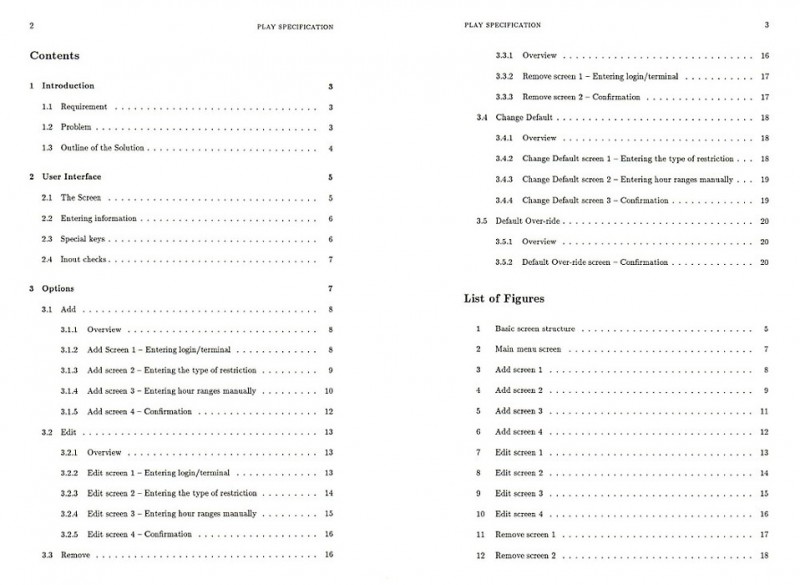