Design, build and document a system to track beer barrels.

My first job after my degrees was as a Junior C Programmer at Zengrange. They specialised in handheld hardware and solutions.

Their client, Grand Metropolian - the brewer - was losing significant money from the theft of their barrels. Zengrage customised a barcode reader so that each barrel could be identified and tracked.

I worked on an application with the other Junior C Programmer to design and implement the database of barcoded barrels. The system was built in curses and C.

When I realised that there were a lot of user interface issues to be addressed from the other developer, I explained and proposed them in writing to our manager. I was tasked with addressing all of the issues. This was the beginning of my passion for user-centered design.

Here is an extract of the report to my manager:

There are too many colours in the system. Just because there are so many colours available it doesn' mean you have to use them all.

I suggest not having more than four different colours on screen, including white.

A page from the document of suggestions 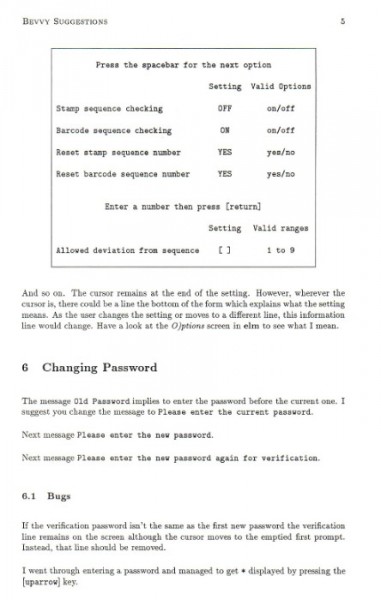