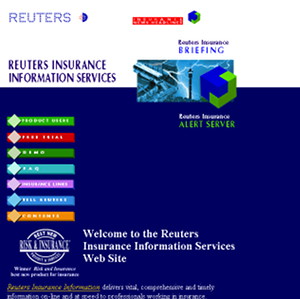 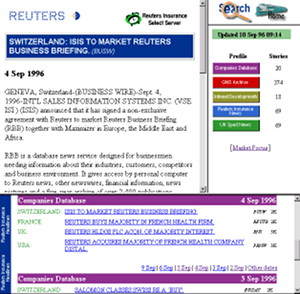 In 1996, these news products were only available as dedicated news feeds using special client software at subscriber sites. The cost of the products were such that Reuters did not expect people to order them online - the main aim of the web site was to encourage visitors to order a free trial.

The site design had to convey concepts of:

The defined target market of business customers were unlikely to have much web experience; the site therefore had to be very easy to use.

Paola prepared a site specification which went through several iterations with Reuters. The document described the site structure and described each page in a structured format.

The site's graphic designers, Denison Design, took the idea of the two products which could work together or singly and developed an interlocking device of contrasting colours to represent the two products.

The device appeared whole on the home page and then split on each of the product pages which were colour-coded according to their half of the two-part device (blue or green).

Paola constructed the web site, including the creation of page templates. The site design called for the use of tables and GIFs, both recent additions to the HTML specification and not widely supported by browsers at that time.

Two versions of the site were created (which was hosted on one of Reuter's servers): one which used tables and animated GIFs and a second that didn't with an adjusted page layout.

The site was to be available only for six months but was so successful in promoting the products that it was used for two years. 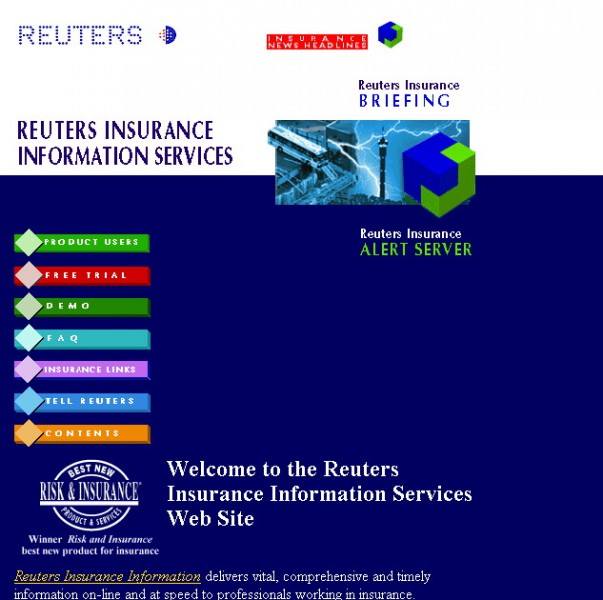 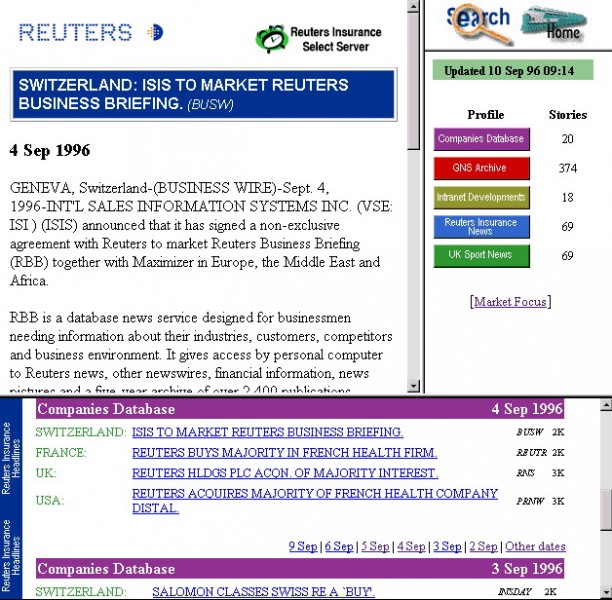 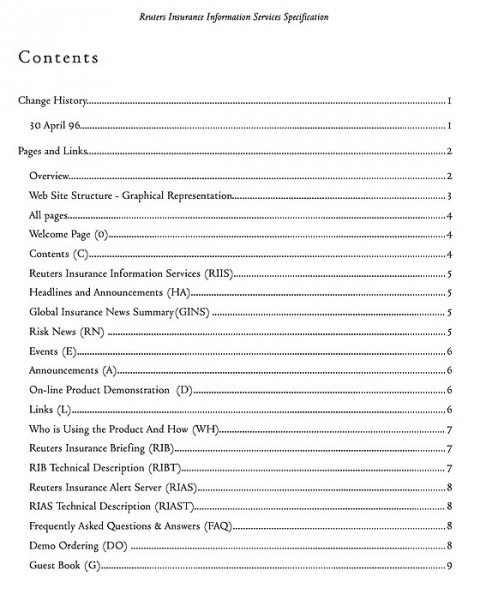 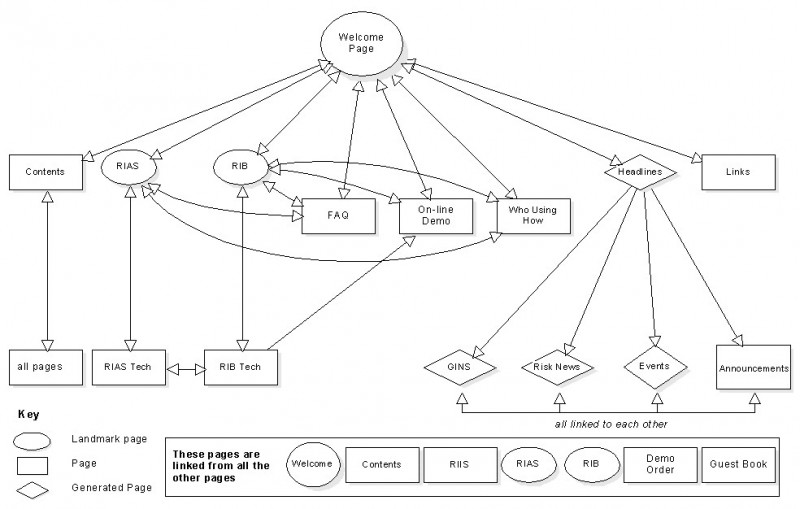 Page from the requirements document 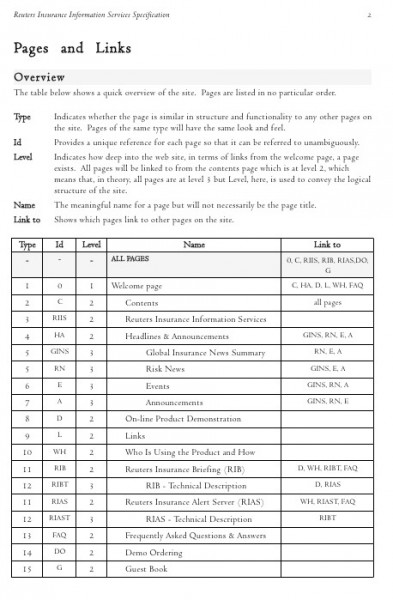