Design and build a web site.

The site began with information on courses, teaching and research. 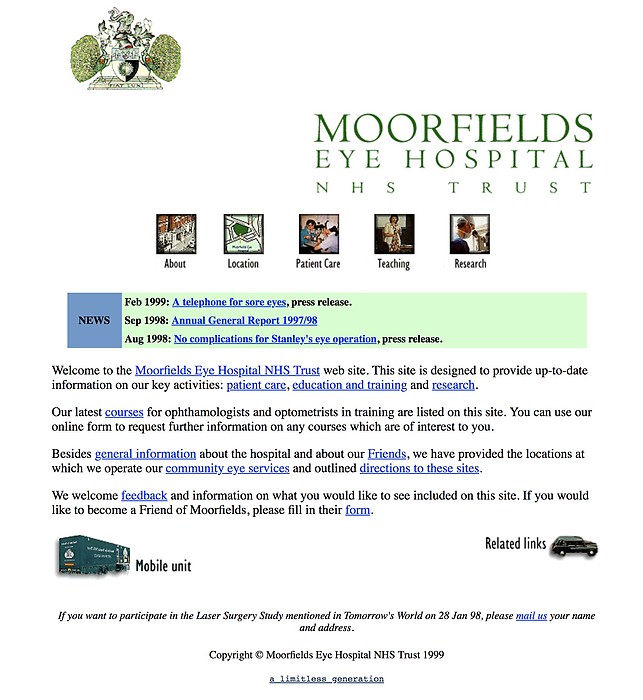 Working with a very small budget, the Moorfields web site started as a handful of pages in 1996. Paola based the design on colours and photos from annual reports and then added new content from Moorfields to the site.

The site began with just information for practioners but soon began to attract enquiries from people all over the world needing specialist eye treatment. The site had also grown several times, and it was becoming difficult to accommodate new content in the original site structure.

With the unexpected number of enquiries for private care from around the world, Moorfields agreed to have the site redesigned, restructured and redeveloped a three years later. 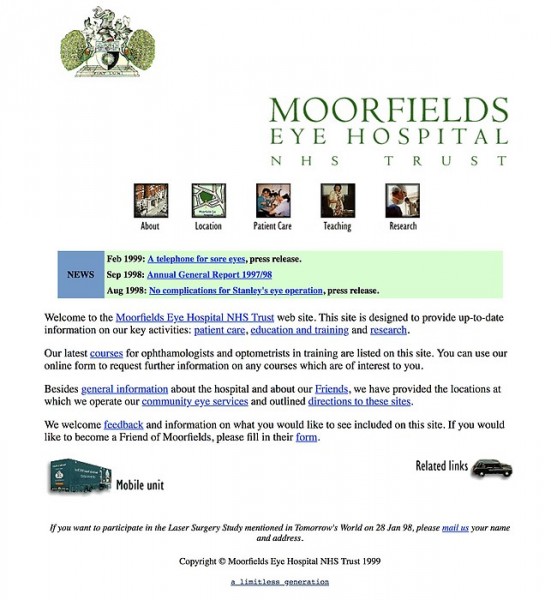 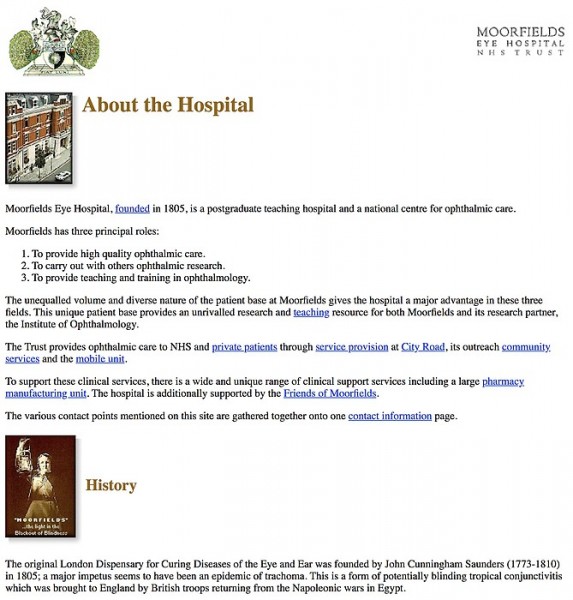 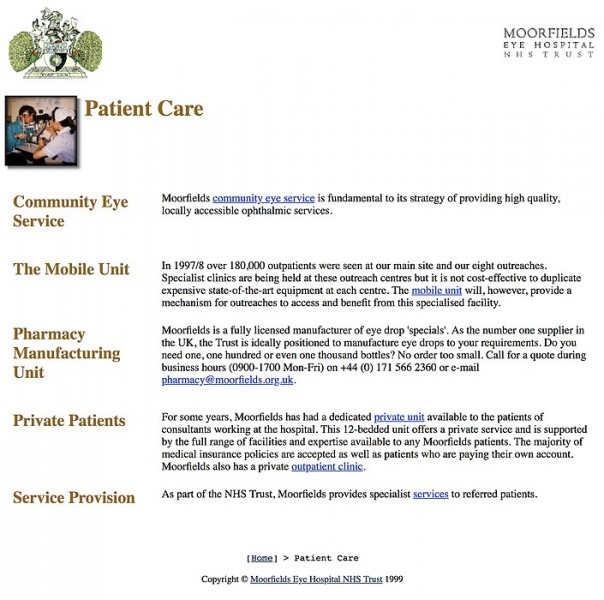