Under the Baudwalk web site

Design, build and maintain a web site for book contributors.

In March 1995, as the web was taking off, Paola felt that the Internet was changing in such a way that people would not remember what the net was like before the web. 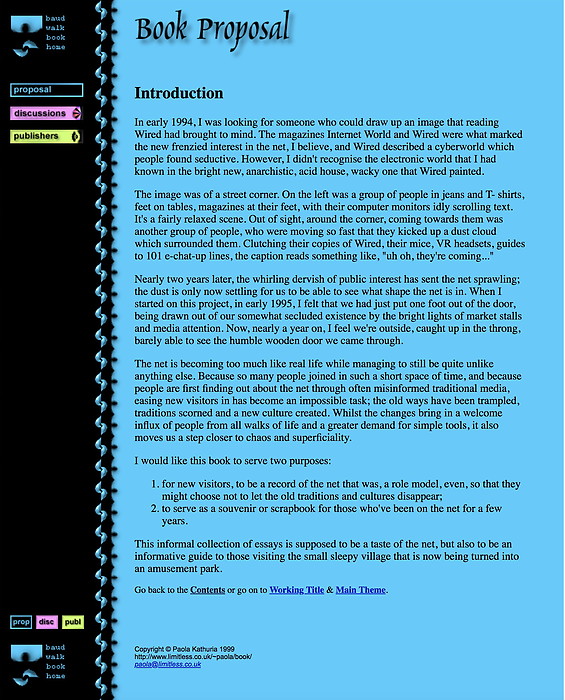 Paola decided to take a snapshot of the Internet by publishing a book of essays and stories by various famous or ordinary net people.

Howard Rheingold was going to do a chapter. Bruce Sterling had agreed to write the foreward.

She sent a proposal to Wiley who had it reviewed.

She also e-mailed Tim O'Reilly, at a time when people could do things like that. He said there were too many Internet books out already. :-)

She created a web site to keep contributors up-to-date with progress. She redesigned the web site a few years later.

Introduction in the book proposal

In early 1994, I was looking for someone who could draw up an image that reading Wired had brought to mind. The magazines Internet World and Wired were what marked the new frenzied interest in the net, I believe, and Wired described a cyberworld which people found seductive. However, I didn't recognise the electronic world that I had known in the bright new, anarchistic, acid house, wacky one that Wired painted.

The image was of a street corner. On the left was a group of people in jeans and T- shirts, feet on tables, magazines at their feet, with their computer monitors idly scrolling text. It's a fairly relaxed scene. Out of sight, around the corner, coming towards them was another group of people, who were moving so fast that they kicked up a dust cloud which surrounded them. Clutching their copies of Wired, their mice, VR headsets, guides to 101 e-chat-up lines, the caption reads something like, "uh oh, they're coming..."

Nearly two years later, the whirling dervish of public interest has sent the net sprawling; the dust is only now settling for us to be able to see what shape the net is in. When I started on this project, in early 1995, I felt that we had just put one foot out of the door, being drawn out of our somewhat secluded existence by the bright lights of market stalls and media attention. Now, nearly a year on, I feel we're outside, caught up in the throng, barely able to see the humble wooden door we came through.

The net is becoming too much like real life while managing to still be quite unlike anything else. Because so many people joined in such a short space of time, and because people are first finding out about the net through often misinformed traditional media, easing new visitors in has become an impossible task; the old ways have been trampled, traditions scorned and a new culture created. Whilst the changes bring in a welcome influx of people from all walks of life and a greater demand for simple tools, it also moves us a step closer to chaos and superficiality.

I would like this book to serve two purposes:

This informal collection of essays is supposed to be a taste of the net, but also to be an informative guide to those visiting the small sleepy village that is now being turned into an amusement park. 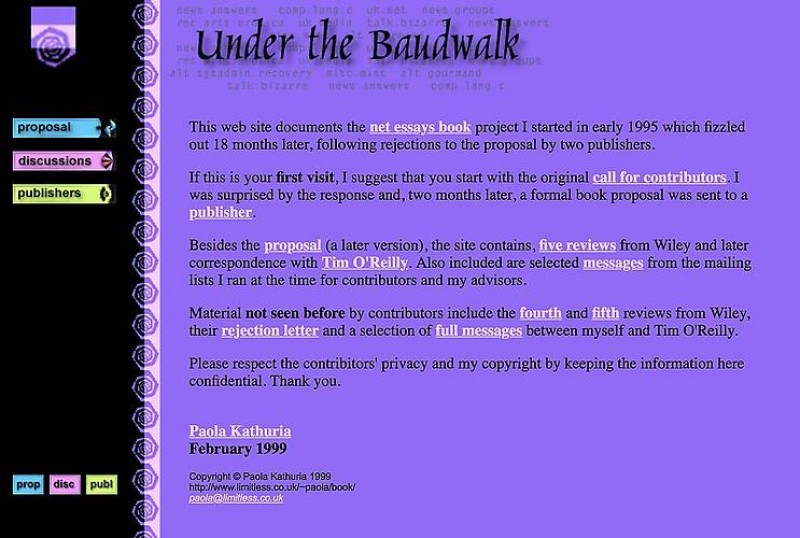 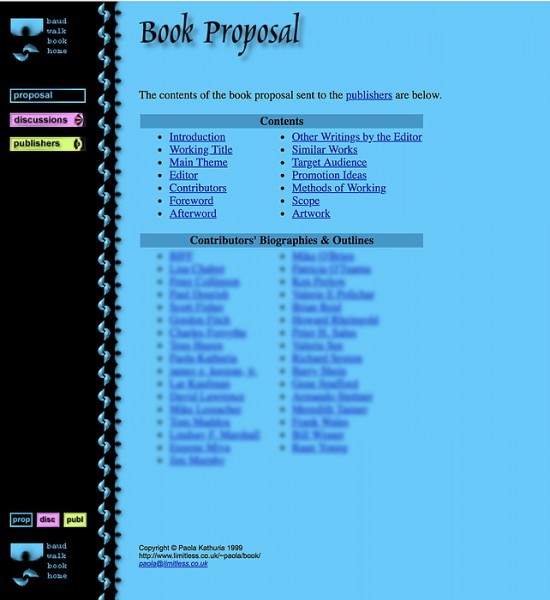 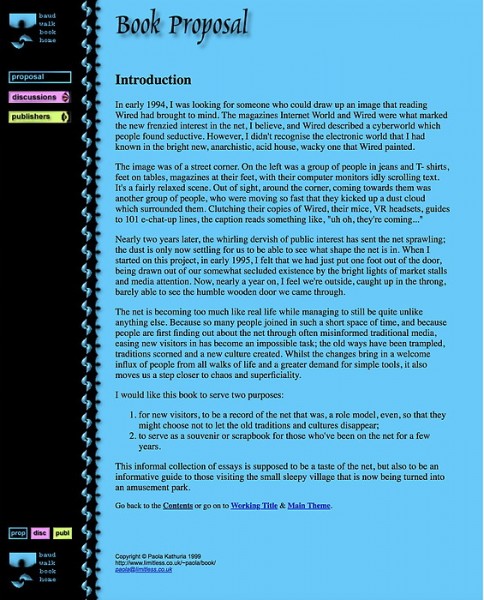 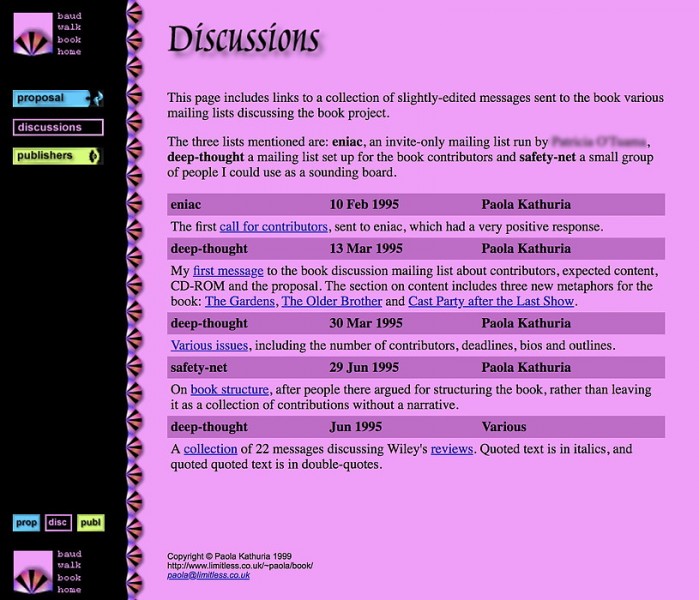 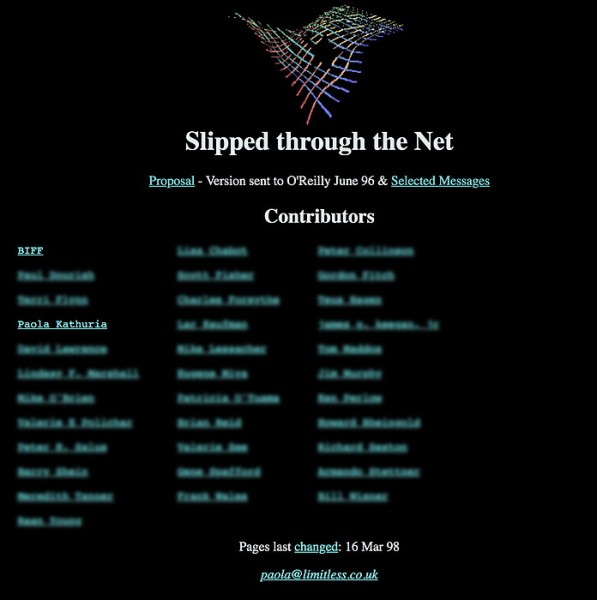