A few months after the-racehorse.com was launched, Paola added race results to the site.

These appeared via CSV files uploaded throughout the day.

The data was often incorrect (such as a horse's gender or age) and needed a lot of cleaning. The majority of data cleaning was done by Frank's overnight processing code. Paola wrote a module to get results quickly onto the web site that would get corrected overnight.

Initially, the site had results from three countries.

There is a standard way of presenting race results, such as the winner name in capital latters. 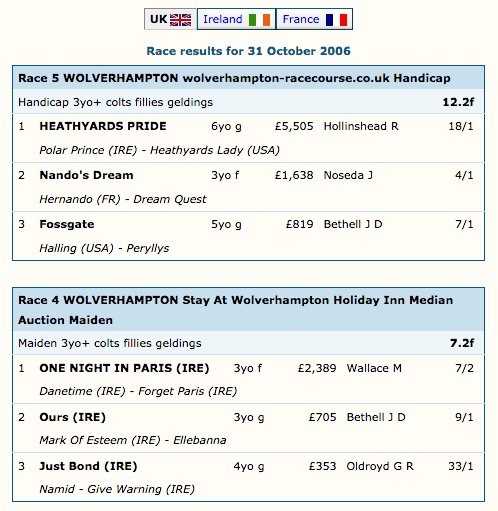 In 2010, Paola was asked to link any related sales of a horse who won or placed in a race to the race results.

The site is essentially a catalogue for people who buy or breed horses.

By linking information of the amount a horse was sold for helped determine its viability for investment. 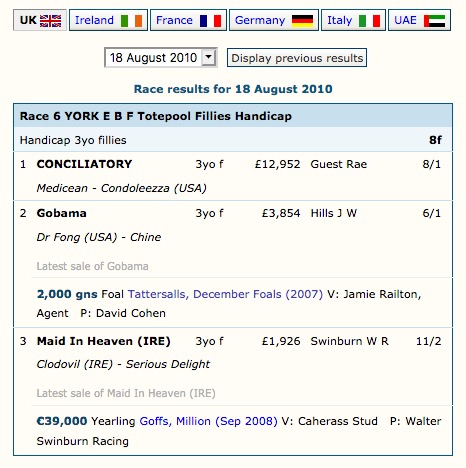 In 2013, Paola had added horse and dam reports to the site.

The site initially included many stallion reports. In 2013, there were reports for all the other horses in the database.

Paola linked the racehorse, stallion and dam names in race results to their corresponding reports. 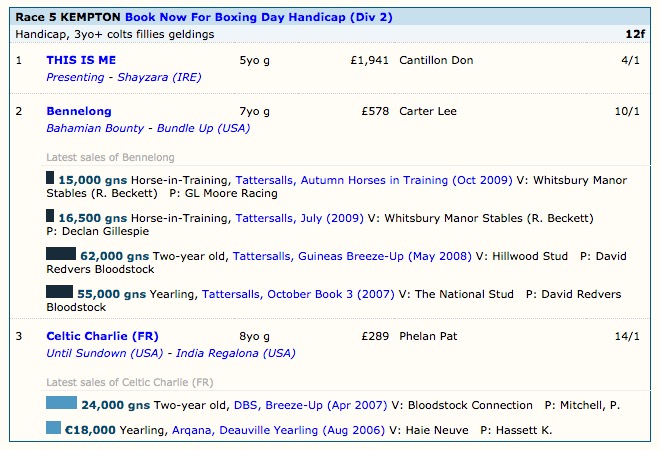 Links to sales and horse reports in race results in 2013 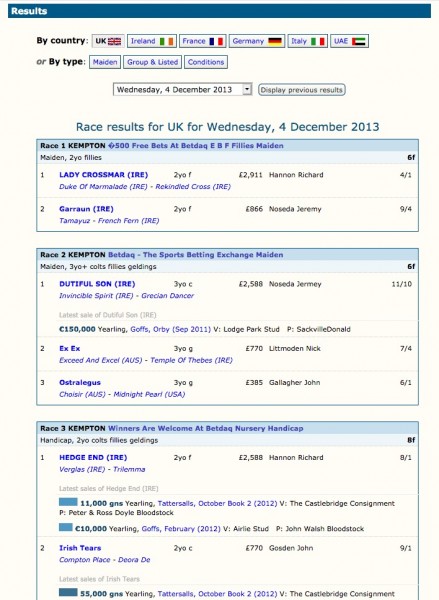 Sale linked to race result in 2010 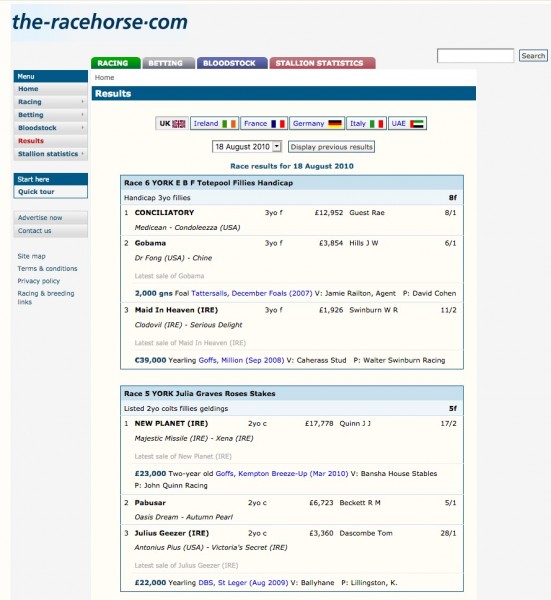 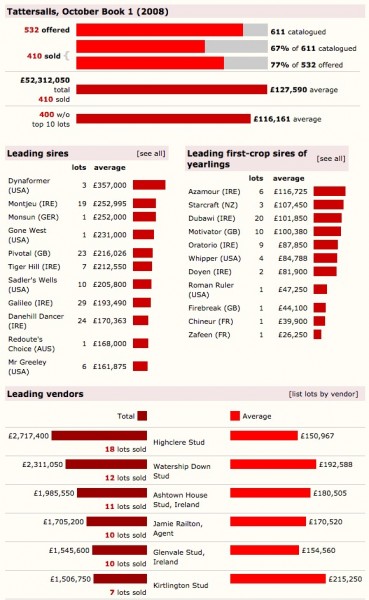 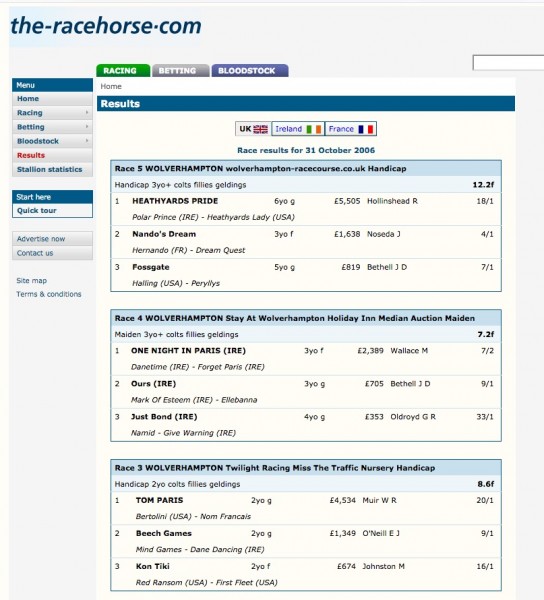