72 hours after receiving a tweet from BBC Points of View, I had finished filming my reaction to be shown the following Sunday.

Is that just my normal computer desk behind me?

Nope, it's someone else's desk (better lightning) I dressed it specifically for filming.

Read on to find out what I did.

But first, how I ended up on TV

I watched episode 1 of BBC3's Girls Can Code that I'd recorded. Immediately after watching it, I blogged about it, furious. I tweeted the link.

Within two days, the blog post had more views than the most-read post had in a year (about 2,000 views). It was retweeted a lot and I received a lot of positive replies.

Three days later - and the day that the second episode was due to air - I was contacted by BBC Points of View.

I had a nice telephone with Gary from the BBC in Belfast. We talked about my making and uploading a viewer video.

An hour later, a Producer/Director of BBC Points of View mailed me. He asked if I would be interested in being filmed instead.

He told me he would call me lunchtime the next day (Tuesday) to confirm.

The Producer/Director - Steve - says my segment will be about 2m 15s including clips.

He asked me to send him a draft script that evening of what I'd like to say.

I mailed Steve two possible filming locations in my flat. 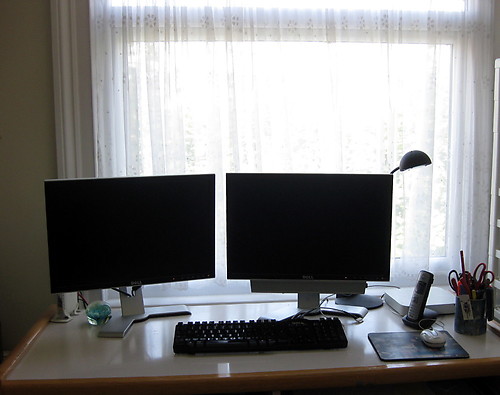 We couldn't use my study because my desk overlooks a window. 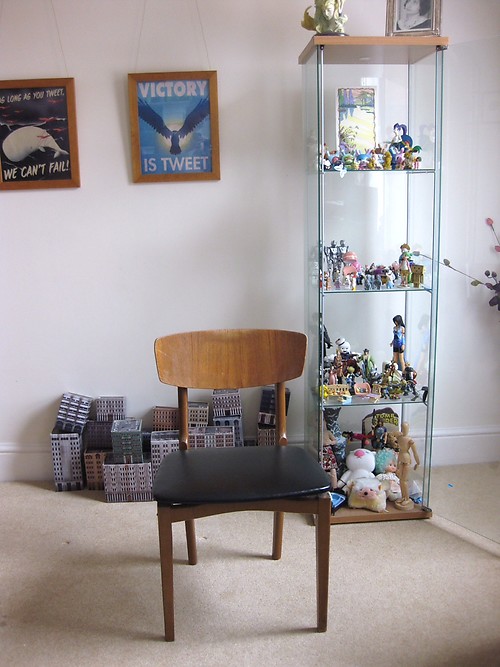 I suggested the lounge, in front of the cabinet with all my toys and figures. 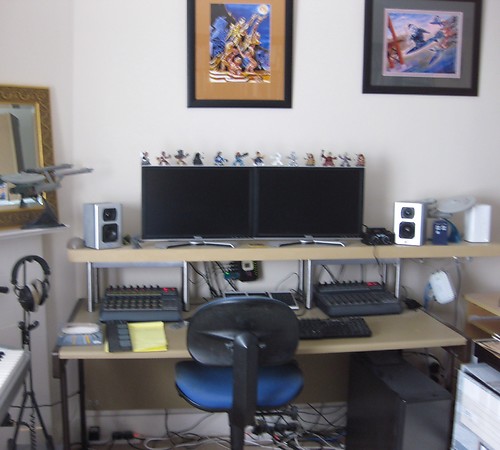 Or my husband's study, with better lightning.

I realised that I am going to have to Paola-fy it.

I went to the local barbers to get my hair cut.

After explaining why I can't chit-chat, I started to write notes for the filming.

The young lady who cuts my hair suggested I camp out in a coffee shop.

Mega large cappuccino and iPad in hand, I contacted some of the people who'd responded to my tweet to ask if they could look over my notes.

Happily, David Whitney said he was around and had the time.

I sent him my notes; he makes some good suggestions which I use.

I head back to the barbers and catch the young hairdresses just as she was leaving.

She was interested in what I was doing - I read her my notes. She liked them.

She said that she'd never thought about these things before but that, yes, now that I mentioned it, she realised that sexism is all around us.

I mailed my notes to Steve at 6pm. (By the way, the lovely Steve is second from the left in this photo.)

Here we are the @bbcPoV links team in action :) @theJeremyVine

I'd told Steve why my hair was blue - we both knew there wouldn't be time to explain it in my review.

I tidied the kitchen and set about clearing Frank's desk.

I moved his keyboard and microphone away, cleared and dusted his desk, moving a lot of clutter that would have been in shot. 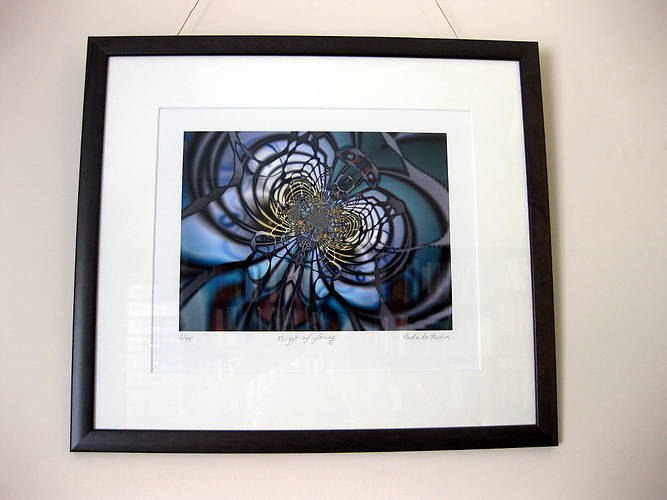 Steve had said that there wouldn't be time to ask for copyright permission for the art shown or Doctor Who figures.

So I replaced the paintings Frank had bought at the World Science Fiction Convention with my own digital art.

When preparing the room originally, I had kept the Doctor Who figures on the monitors because I had a plan with the weeping angel. 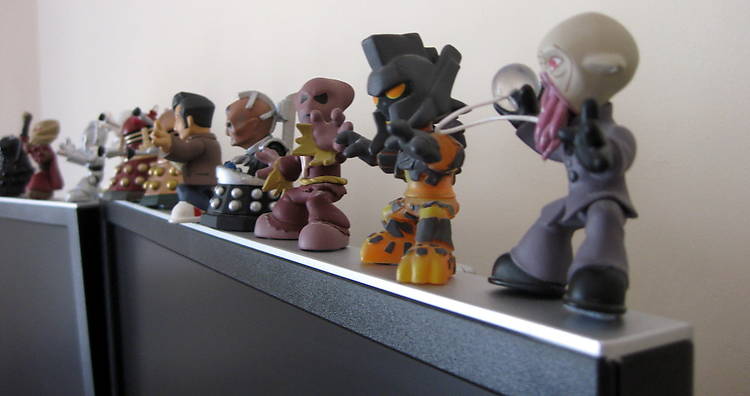 I was going to move it towards me each time Steve had his back turned.

It'd then end up with its scary face.

UPDATE: My blog's visitors increased dramatically because of this post

« previous
Review: "Girls Can Code" on BBC3
next »
Translation of Trump's inauguration speech

Why I love programming