Until this morning, I hadn't decided which crowdfunding platform to choose between Kickstarter and Indiegogo for my campaign starting tomorrow. I want to raise the money to print my erotica as a book.

Here are the pros and cons I noted yesterday evening.

Format of e-mail updates for backers 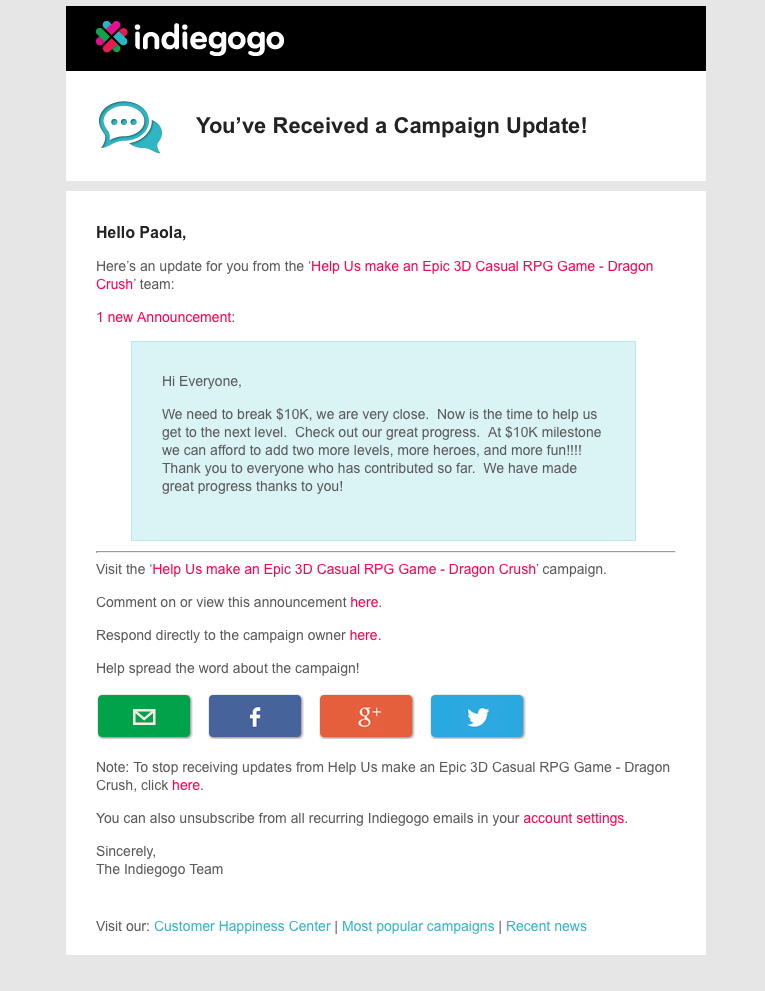 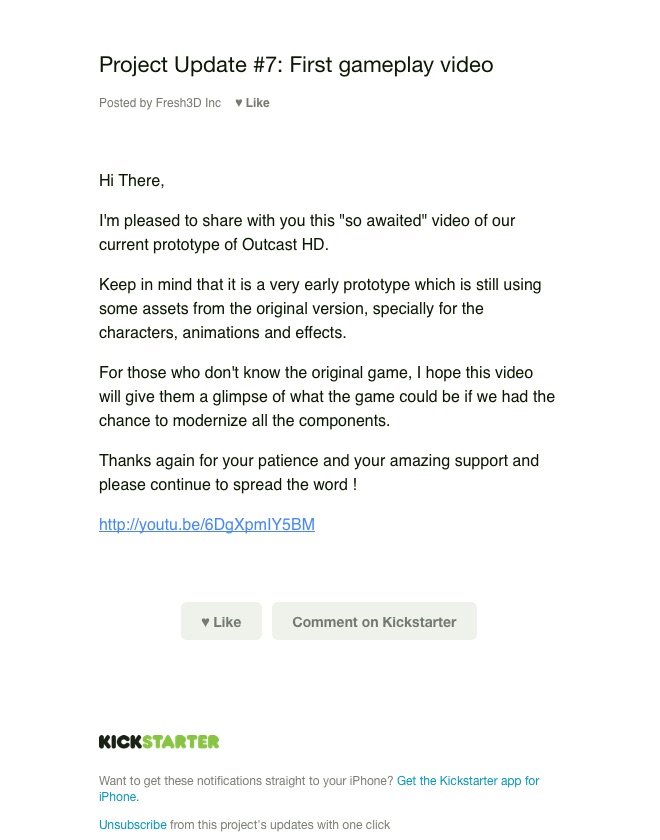 Only the text in the blue box is the actual update from Indiegogo. Whereas most of the mail in a Kickstarter message is the update text.

The screenshot below is for an unlaunched Indiegogo campaign, but you should get an idea of what stats are on offer for campaign owners. (My Kickstarter campaign isn't live yet - I don't have access to the dashboard.) 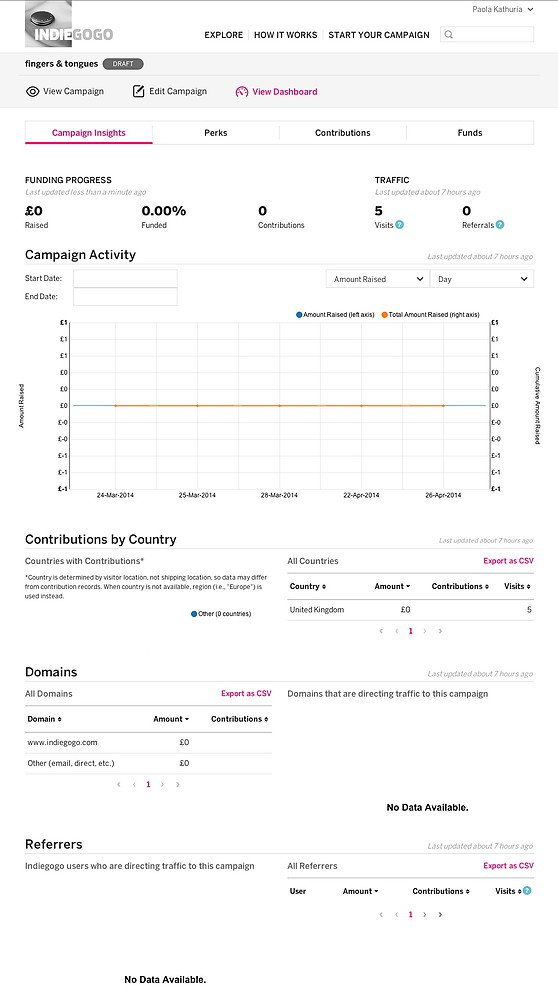