It started with a birthday

It was my birthday on Monday. I went for my blood test in the morning, had tea and cake with good friends who were neighbours where I used to live, and made jewellery in the afternoon.

We moved here, just a couple of miles from where we rented before, so that I could stay nearby the new friends I made. (I'd found the lump two days before we moved.)

Once or twice a month we host an afternoon of tea, cakes and chat. Some of us use the opportunity to try new recipes. This weeks cake club coincided with my birthday - I tried two milk-free cakes - an orange chiffon cake and a génoise.

I already had a 1950s coffee set (pot, cups, milk jug and sugar bowl) from my late mother-in-law's house. I also had exquisite vintage hand-embroidered linen napkins that I'd bought a couple of years ago but hadn't used yet. Last week I looked for vintage cake stands, matching side plates, a cake slice and cake forks. The cake slice arrived late - today - and I didn't manage to find vintage forks in time. 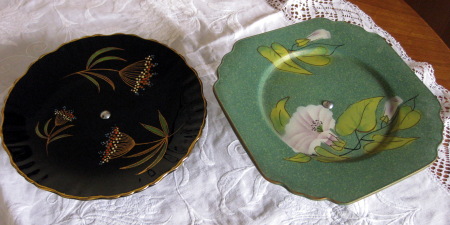 As my birthday was two days before my last chemotherapy I asked the cake club ladies and my Facebook contacts to give me flowers to cheer me up after chemo and/or fruit and veg to use in my food dehydrator.

Here are some of the birthday presents I received. I love that Yvonne remembered I'd mentioned I'd never had a teddy bear growing up. My new teddy now sits on my pillow during the day. 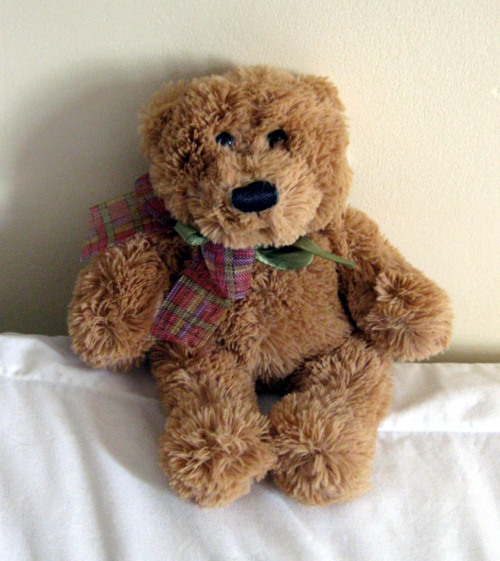 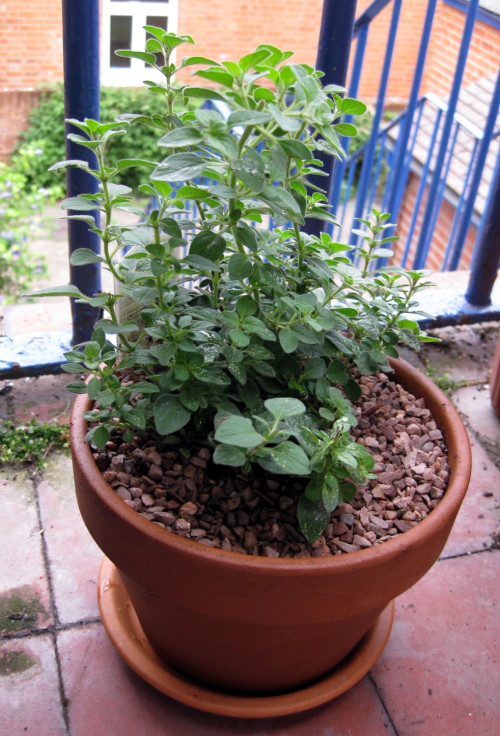 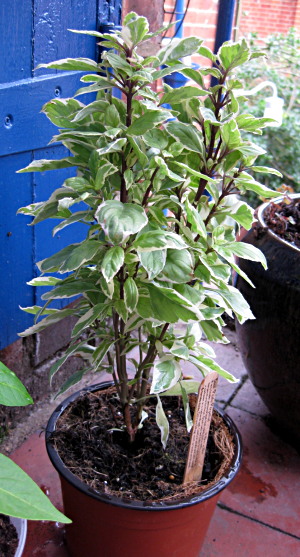 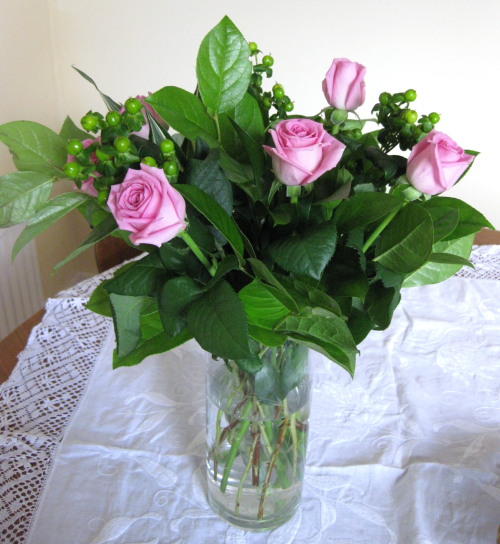 Thank you for all my presents!

The appointment of my last chemotherapy started - frustratingly boringly - with an 80-minute wait.

Even though we had a review with the oncologist yesterday, we saw another oncologist first. I'd made a note of the last set of side-effects and was told to prod my breast care nurse if I hadn't heard about a radiotherapy appointment by the middle of September.

I'd told yesterday's doctor that I had been taking the buccal anti-sickness pills on demand and he recommended I switch back to Domperidone and take them regularly every day for the first week; he explained that this would ensure a continuous level of the medication in my blood stream. I'd been given five weeks worth a couple of months ago by today's doctor but I hadn't been taking them. I feel foolish that I could have maybe been able to eliminate my nausea all this time but it wasn't until yesterday that it was explained properly. Ho hum.

I started feeling nauseous yesterday - I didn't eat until 4pm - and, while in the waiting room this morning, I started to feel sick again, another morning when I didn't want to eat. I mentioned it to my chemo nurse, Anita, and she said that they have a pill for it - to help people 'chill out' - if I'd mentioned it.

To say thank you to the various people who have looked after me during my treatment, I have been giving people jewellery I make.

There are four different chemo nurses at the Eden Unit in Windsor Hospital and I have now had all of them tend to me for my chemo drugs. There are three present at one time, plus an assistant.

I made Anita and Lesley freshwater pearl necklaces in a design that has always been popular, but in new colour combinations. I wasn't sure how the pink and yellowy-green combination would look but I think it's the best of the jewellery I made.

About an hour into my session, when Anita, the unit sister, came to check my drips, I gave her the two boxes (as Lesley was out of the room) and thanked her. I said that she and Lesley could decide between them who would get which colour. When she opened the box, I swear it took her breath away. I was chuffed! I later saw Lesley opening the boxes and she looked pleased too.

I then called Asif over; he was the first nurse to give me chemo and when I took photos at #5. 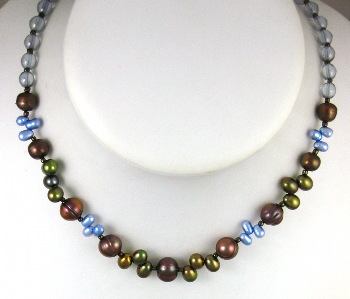 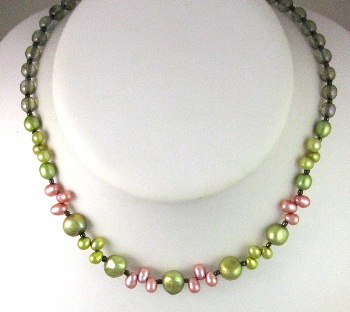 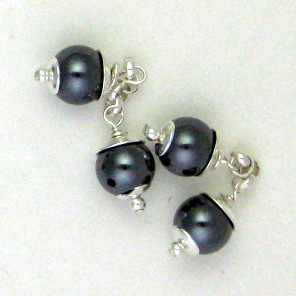 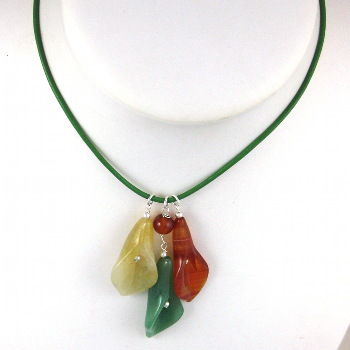 I had decided to make and give jewellery to everyone who happened to be having chemotherapy at the same time, so that everyone could feel special for a little while.

There are areas for five patients at any one time but, depending what time I arrive, one or two could be replaced by new people. I made enough for seven women and two men. There was only one man having chemotherapy (his first session), which is how Asif got the second pair of cuff-links.

Being constrained by my drip-stand, Frank went around the room, first to women I'd seen before, to ask them to choose their necklaces. Frank said that two people offered to pay for them! 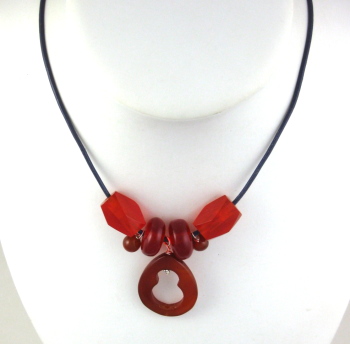 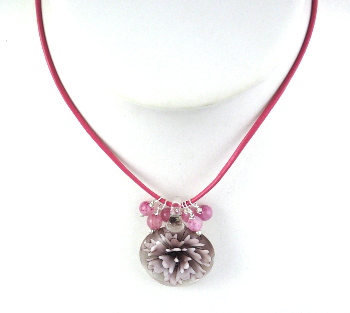 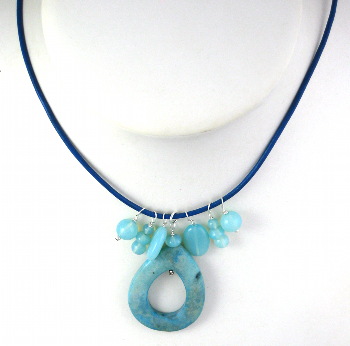 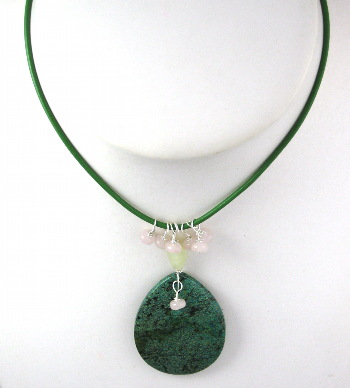 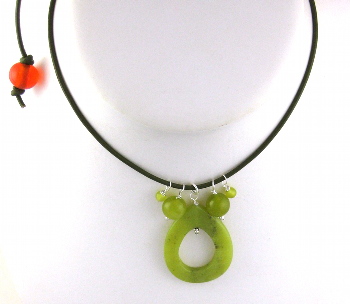 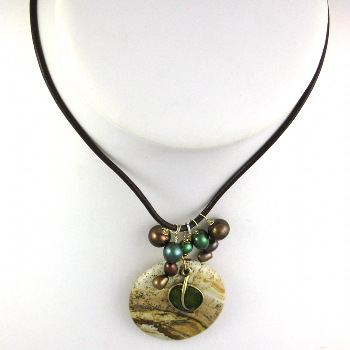 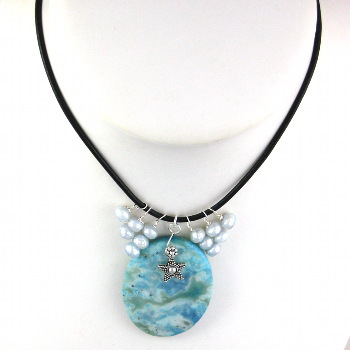 There were two left and so I gave one to the pharmacist (who said I'd made her day!) and to Gillian, a nurse with a striking black bob hair-cut, who'd sat in on two meetings with the oncologist and who'd always seemed friendly. I had to leave the box, with a note for Gillian, with the receptionist.

It felt weird when it was time to stand up and leave the chemo unit. I said my goodbyes, thanked the staff again and left.

Okay, I need to take a nap now. Talk to ya later.

You are awesome and very talented!!! What a spectacular idea!!! I haven't thanked my chemo nurses because I haven't known the correct thing to do. As I will be starting chemo again I feel I need to at least thank my special nurse. I wish I had your talent! It was nice reading your story....take care! Michele