A recent message from a business acquaintance included the sentence "it is good to hear that your treatment is progressing and hopefully you will soon be in remission."

A couple of days ago my mother "who is generously helping us" used the words "given what are you are going through".

To be honest, I no longer remember what I thought about cancer before my own experience with it this year. Maybe people with no experience of it think that the only options are Never Had Cancer vs Will Eventually Die of Cancer.

I forgot that my mother doesn't have access to this journal. I wonder what it is that people imagine that I Am Going Through. Maybe they imagine me pacing the rooms in tears, worrying about dying.

I am happy to report that, except for the annoyance and interruptions of treatments and their side-effects, I am fine. I don't think I have cancer; it might sound like denial, but even my surgeon said it after hearing the results of clear lymph nodes after my lumpectomy.

Other than being at a higher risk of developing cancer than average, I don't think of myself as being ill or anything being wrong with me.

Whereas 2008 was the year I lost loads of weight, 2010 will become the year that I had a small brush with cancer.

For the first time since January this year, August was a month without any hospital visits.

However, I still had treatments.

I had my last FEC chemotherapy on 28 July. I took the extra anti-sickness pills "Domperidone" regularly for a week and the nausea was tolerable. I don't know why I stopped after a week as the nausea lasted three more days. 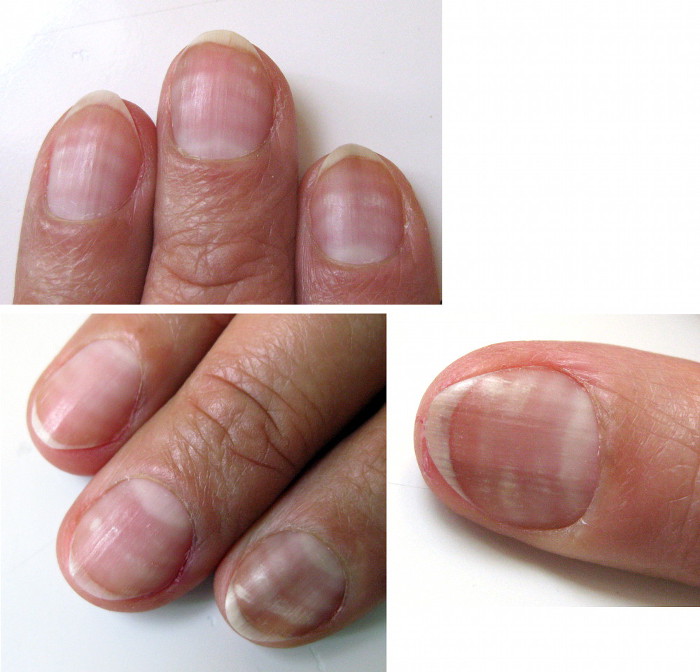 My remaining chemotherapy side-effects are:

In the fourth week after chemotherapy " the last week of August " I started being nauseous again.

I wondered if it was because that would have been when I was due to feel sick if I'd had more chemo!

I started taking Tamoxifen at the end of week four. It is hormone therapy to remove oestrogen from my body since the cancer I had grew faster in the presence of oestrogen.

I started to feel a different kind of nausea after eating (less the travel sickness kind and more the eaten-something-bad kind) and fatigue again. I'll be taking Tamoxifen for five years. There are short-term and long-term side-effects.

At the start of the same week, I started having hot flushes during the day. I'd been having them at night for the last two years and already knew that I was pre-menopausal. It's just ramped up a bit.

It's like feeling really hot from a fever but without feeling ill. It's only when I can feel the sweat cooling on my forehead that I realise what's happening.

I've taken to wearing layers which I can remove quickly. I have a hand fan by my seat in the lounge. I won't be able to take HRT because it adds back oestrogen.

On losing my hair 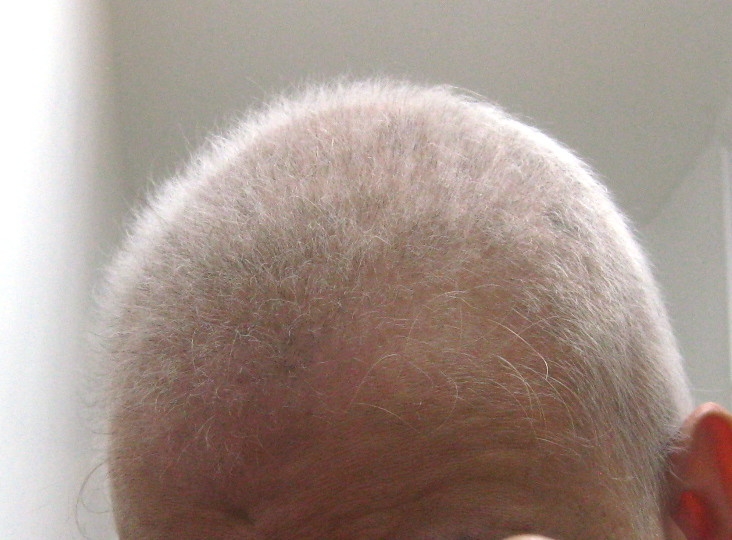 I'm actually glad that I didn't go for the cold cap to try to prevent hair loss because losing my hair has been a bit of an adventure: friends have made or bought hats for me and I've had fun with my blue wig.

It was great to go bare-headed indoors when it was really hot.

The rest of my hair has also changed. There's much less of it. What's left is finer and fairer. My eyelashes are short and my eyebrows are not as bushy.

Ever since my teens, I've battled with excess hair and so this respite has been welcome. In fact, at the time I found the lump in my breast, I was taking a high-oestrogen version of the Pill to make the hair on my face less dark and less thick.

I wish I could choose which hair I could get back and which to stay away! I miss my long eyelashes and head hair.

And, in the end, whether I wore a scarf, hat or wig, I always got looks, just different kinds of looks.

I'll be keeping my blue wig and gorgeous hats to wear again.

I gained 17lbs (7.7kg) this year. Although I have been putting on weight since I stopped calorie counting last year, I only gained 7lbs last year.

Most of the clothes I bought last year after losing weight are too small for me now. I bought two pairs of larger trousers and blouses from eBay. It was ghastly realising just how big I was in 270 degrees of mirrors in the changing rooms on Friday.

Here are some key dates, if you'd like to try to match them to the graph:

As usual, I feel as if someone else has done this to me, whereas I'm really responsible.

I remember blogging here about a couple of binges before big events, such as the before the screening results and first chemotherapy.

In the first week after each chemotherapy, my appetite was completely messed up. I never felt hungry. Instead I felt sick when it was time to eat. I didn't feel like eating at all and so I bought treats and yummies such as crisps (potato chips) and bread rolls.

Now that I am feeling a bit queasy again for different reasons, it's an effort not to resort to the previous trick of a slice of bread to get rid of it. I have also got into bad habits and have returned to old habits of "I deserve it", "Just one more", "I'll start my diet tomorrow".

I've managed to halt the weight gain in the last week. I know that I'll only be able to lose a significant amount of weight if I start food diarying again. But I cannot bear the thought of weighing everything I eat to work out and then document the calories.

It occurred to me to refer back to my 2008 online food diary and replay the food I ate in the weeks where I lost weight. We'll see.

I have my Radiotherapy Planning Meeting tomorrow at Reading Hospital.

I will be lined up to the machine and will probably get my lining-up tattoos.

Radiotherapy is a high dose of x-rays. The radiographers have to spend time lining me up with the machine and marking my position at the start so that the rays reach all of the required areas whilst minimising exposure to vulnerable areas such as my heart and lungs.

Because I am big-chested, I was advised to go to the John Lewis in Reading to get a fitted bra to wear during radiotherapy and for which I would be refunded. I was told that the radiographers might cut bits away of the bra.

We went to the shop on Friday and I had my first ever bra fitting.

It turns out that I had been buying bras with too large (+5") a band size, which explains why my bras always rode up at the back. Because I've put on a load of weight, I also got an everyday cotton bra to wear for the next month or so. I went hatless in the changing room as it got quite warm.

The lingerie staff member was so helpful and patient that I said to Frank as we left that I wished I could tip her. When I had thanked her, she said "that's what we're here for". I realised that all the other people I'd given jewellery thank-you's to could have said the same thing, that they were just doing their job. Since getting help buying two new bras is part of my treatment experience, I might drop some earrings with a card over for them tomorrow.

I'll be blogging next about radiotherapy.